Manus x Machina at the Met

When many of you were creating greeting cards at Iona, I was at the Met enjoying a show called Manus x Machina, sponsored by the Costume Institute.  The show included 170 fantastic dresses/gowns, some from the 19th century featuring lace, pleats, fabric flowers, embroidery, and beads, and some from the 21st century featuring computer-generated “fabrics.”

One of my favorites from the modern group was a dress made totally out of black plastic drinking straws.  I spent some time trying to decide which of  the Wednesday Studio denizens could wear it.  The caption said you could hear the wearer coming before you saw her!  There was something for everyone, except perhaps Wan and Vince.

The signature piece was a wedding gown designed by Karl Lagerfeld featuring a 20-foot train embroidered with millions of gold beads and pearls.  The amusing thing was that the dress seemed to be designed for a pregnant bride.

One factoid I picked up was that in the old days, to make fabric flowers more flexible, the tailor covered them with flour or gel.

If you are in New York before August 14, be sure to take in the show.  It’s wonderful. 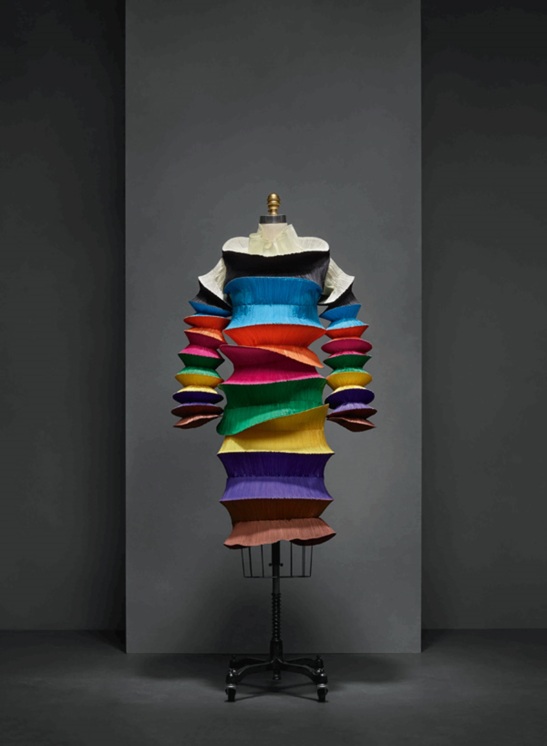 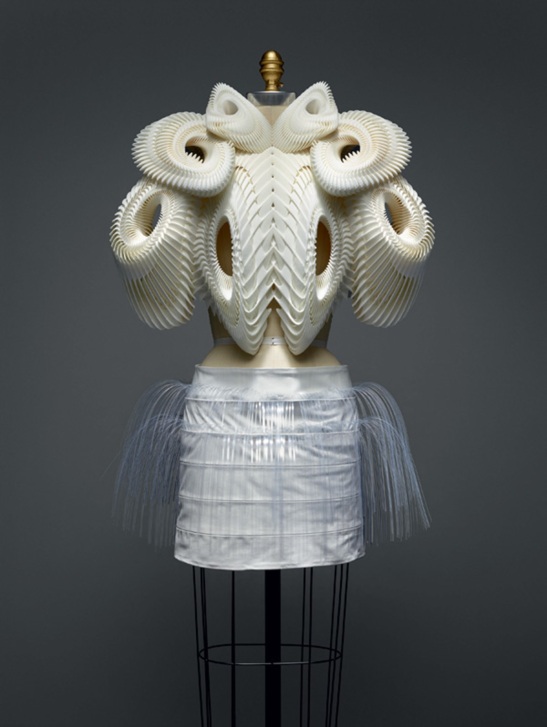 One comment on “Manus x Machina at the Met”

This entry was posted on June 18, 2016 by ennashields in Costumes, Exhibitions and tagged Anne Shields, Metropolitan Museum of Art.