Editor’s note: In this post, Vince describes the homework he did in creating his piece Fluid Mechanics, which is currently part of the show “Summer Work” at the CHAW Gallery, 545 7th Street, SE, Washington, DC.

My challenge was to depict motion in a two-dimensional rendering of a woman running on a beach. As the artist Michael Joo has said, “The division between science and art is very porous. Where one stops, the other begins and vice versa.”

First, I looked at how other artists had represented motion in art. 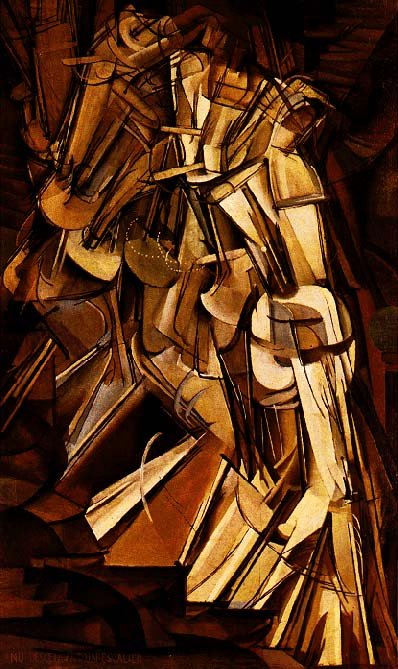 Ellen Cornett suggested Nude Descending Staircase, No. 2 (1912) by Marcel Duchamp as an example of a two-dimensional work with a movement gesture.

In his series of basketball images (2010), Charis Tsevis made effective use of color to depict motion. 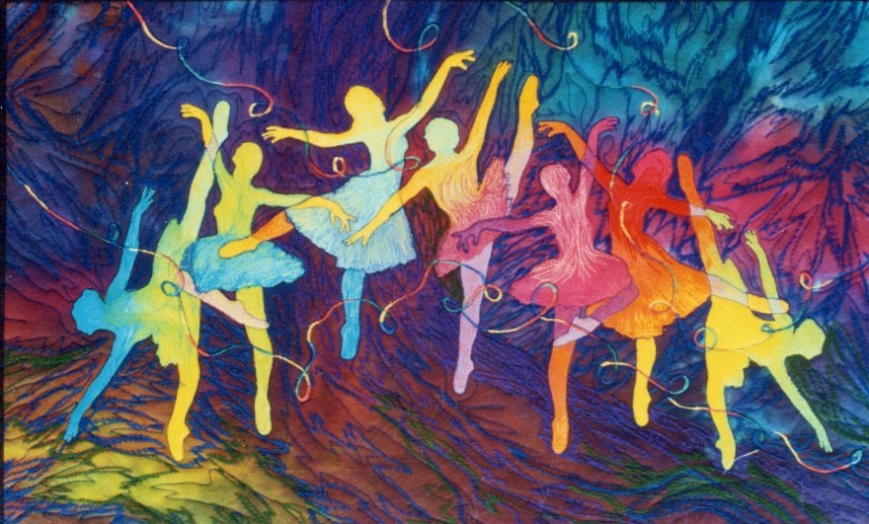 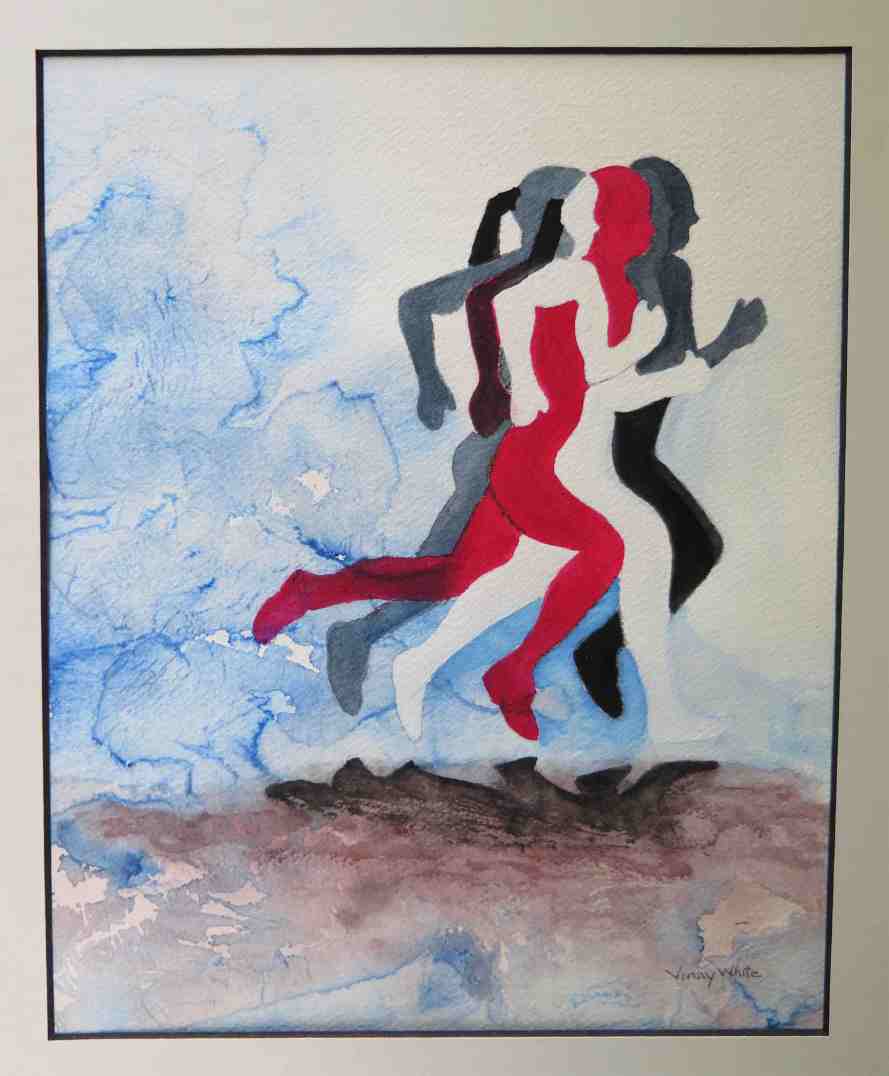 For this initial rendition, I looked at dozens of silhouettes of female runners and then composited a few of them—legs and arms here, torso there—to form overlapping silhouettes. I eliminated clothing because that would require too much detail, and I focused on the movement of arms and legs, using colors to distinguish figures. I experimented with watercolor on tissue to depict air movement. A typical comment from viewers was “it looks like a group of runners.” Hmmm.

I then researched images of vortex shedding in fluid mechanics: 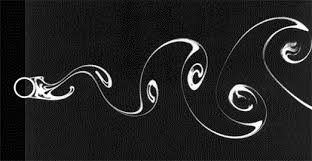 My brother Tony (who is an engineer)  made four important suggestions regarding the depiction of vortex shedding:

For my final rendition, titled Fluid Mechanics, I worked in pastel over a watercolor wash and incorporated all of my brother’s suggestions. I used the rule of thirds to position the upper and lower vortexes.  The runner is black to accentuate contrast in value. I used a split complementary color scheme (red-orange and yellow-orange) against the blue sky.

This entry was posted on September 20, 2018 by wisemarian in Artist process, Mixed media and tagged Vince Iannacchione.